“A Little Piece of Greenland that is forever Jordanhill” 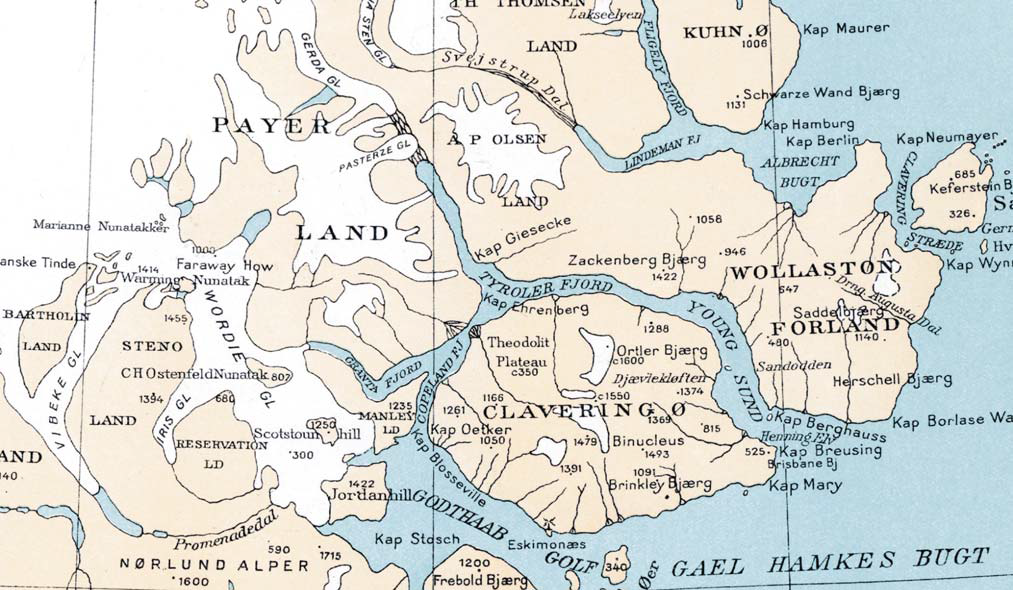 In April 1997, The Herald newspaper published ‘Scots of the Arctic’ by David Duff. The article covers the pioneering Scot, Douglas Charles Clavering (1794-1827), an officer of the British Royal Navy and Arctic explorer.

One of the most interesting aspects is the link between well-known locations in and around Glasgow, and individuals such as James Smith of Jordanhill, and his wife, Mary. This map shows Jordanhill, Kap Mary, and Scotstounhill.

In 1830, The Edinburgh New Philosophical Journal published: ‘Journal of a Voyage to Spitzbergen and the East Coast of Greenland, in His Majesty’s Ship Griper. BY DOUGLAS CHARLES CLAVERING, Esq. F.R.S. Commander. Communicated by JAMES SMITH, Esq. of Jordanhill, F.R.S.E. – With a Chart of the discoveries of Captains CLAVERING and SCORESBY’, pages 1 to 30.

“My late lamented friend Captain Clavering, previous to his departure for the coast of Africa, drew up, at my request, a journal of his voyage, and left it with me, with permission to publish it in any manner I saw proper.  I delayed doing so, in the hopes that, upon his return, he might make it more fit for publication; but that event was destined never to take place.”

Clavering’s entry for the 20th of August, refers to an island, which he named Jordanhill, “after the residence of my friend, James Smith, Esq., and named the capes, which form the southern and northern extremities of this extensive bay, Cape James and Cape Mary, in honour of the same gentleman and his lady.” page 22.

See also, Anthony K. Higgins, ‘Exploration history and place names of northern East Greenland’, Geological Survey of Denmark and Greenland Bulletin, 21, 2010. See page 209, for Jordanhill; page 218 for Kap James; page 220 for Kap Mary; and page 298 for Scotstounhill. Higgins points out that the latter was named by “James Wordie in 1926 for the Scottish locality, which is spelt ‘Scotston Hill’ on modern maps”. Sir James Wordie (1889-1962) was born in Partick, and was a polar explorer and geologist.