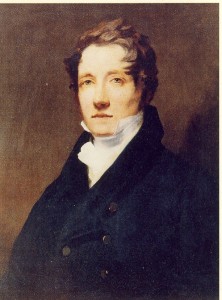 Portrait of James Smith of Jordanhill (1782-1867), after Sir Henry Raeburn. Reproduced courtesy of the University of Strathclyde, Glasgow.

“Mr. Smith, though an independent country gentleman, has devoted much of his time to literary and scientific pursuits, and by his valuable researches in geology, and his admirable works in one important branch of Biblical criticism, has acquired a high reputation. His communications to the Geological and other Scientific are numerous … His most important work is ‘The Voyage and Shipwreck of St. Paul; With Dissertations on the Sources of the Writings of St. Luke, and the Ships and Navigation of the Ancients,’ 1848. In 1856 a second edition was published with “additional proofs and illustrations.”

From William Anderson, The Scottish Nation; or the Surnames, Families, Literature, Honours an Biographical History of the People of Scotland, Volume III, Mac-Zet, and supplement, 1863.

For further information about James Smith, see George Fairfull-Smith, The Wealth of a City: A ‘Glance’ at the Fine Arts in Glasgow, Volume One: 1641-1830, 2010.