William Motherwell, “The Madman’s Love” and The Lynn 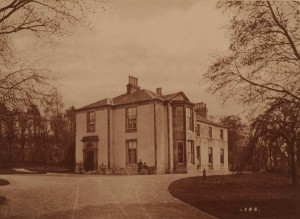 Thomas Annan photographed The Lynn for The Old Country Houses of the Old Glasgow Gentry. In the accompanying text, it was noted that while standing on the iron bridge, which crosses the River Cart on the which passes through The Lynn’s grounds, that William Motherwell gazed at the water which inspired him to write in his poem, The Madman’s Love:

“No change is here, all things remain

As they were years ago;

when shrilly winds do blow –

Still murmuring to itself, the stream

Still smiling in its quiet dream,

The small flower nods its head”