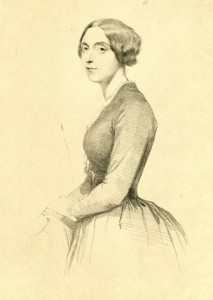 Catherine Hayes, whose father was the musician Arthur Williamson Hayes, was born in Limerick in 1818. Hayes abandoned his wife and young family in 1823, leaving them in poverty. However, in 1838, her singing attracted the attention of Edmund Knox, the Church of Ireland Bishop of Limerick. Subsequently, funds were raised which enabled her to study under the baritone, Antonio Sapio (1792-1851), in Dublin.

Hayes made her debut in 1839, in one of Sapio’s annual concerts in Dublin, and, in 1841, performed in another concert in the city. Her singing impressed Luigi Lablache (1794-1858), the Italian bass opera singer, during his visit there. Her star was in the ascendant, and Catherine moved to France to pursue her studies under Manuel Garcia (1805-1906), a famous instructor who had taught Jenny Lind, Maria Malibran, and Henriette Sontag.

Her operatic debut took place in 1845, when she sang the role of Elvira, in Bellini’s I Puritani, at the Italian Opera in Marseilles. Further performances in Italy led one critic to describe her as “the greatest living prima Donna”. See Chris Enss, Entertaining Women: Actresses, Singers and Dancers in the Old West, 2015.