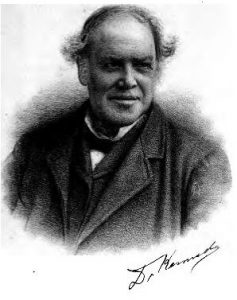 Perth-born David Kennedy (1825-86), the church musician and concert performer was in Glasgow in October 1863, to perform in two concerts, on the 27th and 29th, at the City Hall. Advertisements, such as the one on the front page of  The Glasgow Herald, on Monday the 26th of October, informed readers that he “had recently concluded a highly successful London Season of more than One Hundred Nights at the Hanover Square Rooms and the Egyptian Hall.” In Glasgow, he would “give Two of his POPULAR ENTERTAINMENTS on the SONGS OF SCOTLAND.”

Mr. Land presided at the piano-forte, and tickets, which ranged from one shilling to three shillings, and programmes, were available at J. Muir Wood & Co., 42 Buchanan Street.

Tuesday’s concert was reviewed on page 4 of the Herald, on Wednesday the 28th:

“MR. KENNEDY’S ENTERTAINMENT ON THE SONGS OF SCOTLAND.- Yesterday evening Mr. Kennedy, the celebrated Scottish vocalist, gave one of his popular entertainments on the songs of Scotland, in the Merchants’ Hall, which was well filled. Mr. Kennedy was in excellent voice, and every song he sung was warmly applauded. He recited selections from Professor Wilson’s ‘Noctes Ambrosianae,’ with much taste and feeling. In the course of the dialogues several songs were introduced, which were rendered in a manner we have seldom heard equalled. The ‘Land of the Leal,’ for instance, was sung with much pathos, and called forth a hearty encore. Mr. Kennedy, who will appear in the Merchants’ Hall to-morrow evening, was ably accompanied on the piano-forte by Mr. Land.”

An advertisement on the front page of the same issue, informed readers that “In consequence of the great success attending MR KENNEDY’S ENTERTAINMENT on the SONGS OF SCOTLAND” on Tuesday, an extra night had been arranged for Friday the 30th. Thursday’s entertainment was “A NICHT WI’ BURNS.”