“The Grand Concert of the Season”, organised by J. Muir Wood, 15th of February 1859, at Glasgow’s City Hall

Mr. Muir Wood informed music lovers that he had organised “The Grand Concert of the Season.” Advertisements, such as the one on the front page of the Herald, on Tuesday the 8th of February 1859, include the names of the vocalists and musicians. Top of the bill was Madame Viardot Garcia, followed by Miss Eyles; Signor Luchesi, ‘Primo Tenore of the Royal Italian Opera and Her Majesty’s Theatre;’ and Signor Dragone, ‘Primo Baritono of La Scala, Milan.’  Miss Arabella Goddard was the pianist, and Signor Giulio Regondi was to play the concertina. Mr. J. L. Hatton was conductor and accompanist. 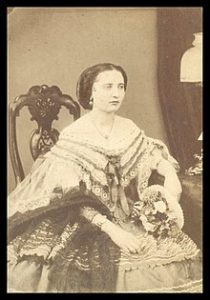 The concert was at the City Hall, on Tuesday the 15th of February, and tickets were sold at J. Muir Wood & Co., 42 Buchanan Street. Stalls (strictly Reserved) were six shillings each, or twenty shillings for four. Numbered Benches in the Side Galleries and Area were three shillings. They were two shillings in the Body of the Hall, and one shilling in the West Gallery, and Promenade.