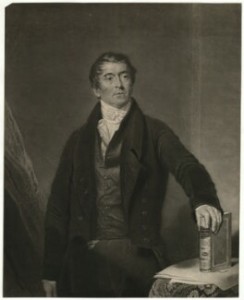 An advertisement on page three of the Herald, on Friday 2nd of March 1827, informs readers that Messrs. Knight and Lacey had just published a “Fine Portrait” of George Birkbeck, Esq., M.D., F.G.S., M.A.S., President of the London Mechanics’ Institution, and of the Medical and Chirurgical Society of London. The print was engraved in mezzotint by Henry Dawe, after a painting by Samuel Lane. The size of the plate was thirteen inches and three quarters by sixteen and three quarters.

Proofs cost £1 11s 6d, and prints were £1 1s (one guinea). They were sold in Glasgow and the West of Scotland by Knight and Lacey’s agent, W. R. McPhun, who was located at 86 Trongate. The advert refers to the newspapers, periodicals and magazines stocked and sold by McPhun.

On page two in the same issue of the Herald:

“DOCTOR BIRKBECK – A most interesting likeness of this distinguished Gentleman, the founder of Mechanics’ Institutions, has just made its appearance. The style of engraving is peculiarly soft and beautiful; and every feature of its original strikingly pourtrayed. It is sold in town by Mr. McPhun, Trongate, and we should think, from the superiority of the Plate, as well as from the popularity of the Doctor in this quarter, it will meet with a great demand.” 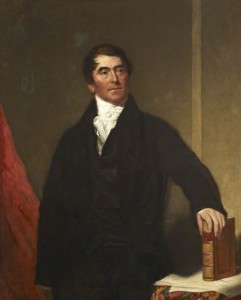