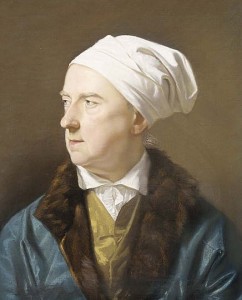 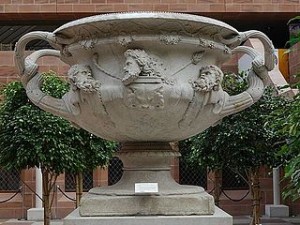 The Warwick Vase was at Warwick Castle, until it was sold in London, in the 1970s, to New York’s Metropolitan Museum of Art. However, it was declared an object of national importance, and its export licence was delayed to allow institutions to raise funds to acquire it. It was Glasgow’s good fortune that it was purchased, and subsequently displayed in the Burrell Museum, in Pollok Park.

Gavin Hamilton, the Lanarkshire-born painter of history subjects, also was an arbiter of neo-classical taste. In addition to his painting, he was a renowned art dealer and archaeologist, searching for antiquities in and around Rome. In 1771, he discover what would eventually become known as the ‘Warwick Vase’. He sold the item to Sir William Hamilton (1730-1803), the British diplomat, antiquarian, archaeologist and volcanologist, who was British Ambassador to the Kingdom of Naples, from 1764 to 1800. 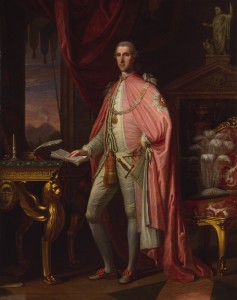 Portrait of Sir William Hamilton, painted by David Allan, in Naples in 1775. Reproduced courtesy of the National Portrait Gallery, London.

“Quite apart from its intrinsic interest as a monument of antique sculpture and as evidence of the leading roles played in the eighteenth century by British connoisseurs and collectors in the study of the remains of Ancient Greece and Rome, the Warwick Vase is of considerable importance for the history of the decorative arts in Great Britain. For these reasons its acquisition for the Burrell Collection has rendered a great service to the cultural heritage of the nation.” Richard Marks and Brian J. R. Blench, The Warwick Vase, 1979, page 26. 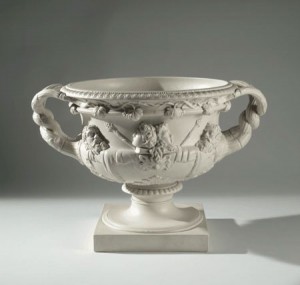 Parian ware copy of the Warwick Vase, made by Glasgow’s J. and M. P. Bell & Co. Reproduced courtesy of the National Museums of Scotland. The firm also manufactured other wares with images of the Vase. 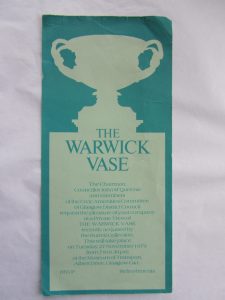 Invitation to a Private View of THE WARWICK VASE to take place on Tuesday 27 November 1979, at the Museum of Transport, Albert Drive, Glasgow.