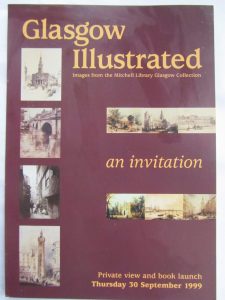 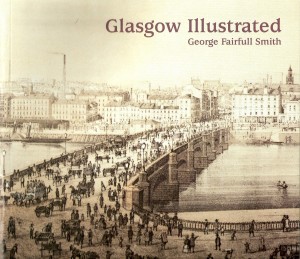 (in the days before digital technology) One of the best ways of finding out about a city or town is to consult an illustrated guidebook or history of the place. For more than two centuries, Glasgow has been well served by numerous publications which include the town in tours of Scotland, or are exclusively about it. These books are particularly valuable sources of information, and allow the reader or researcher to follow Glasgow’s growth from a small community, built around the Molendinar Burn and Cathedral, to the great industrial and commercial centre of the nineteenth and early twentieth centuries. Some include views and accounts of the small villages and towns which were gradually absorbed or obliterated by Glasgow’s expansion.

A few volumes are extremely rare but it is still possible to acquire many of the nineteenth-century publications. The largest public collection is in the city’s Mitchell Library which mounted Glasgow Illustrated, its first major exhibition of images of the city, in 1999. The show offered a glimpse of the diversity of the library’s collections of Glasgow material which ranges from guidebooks, maps and pamphlets, to photographs, prints and drawings.

The above in an edited extract from an article by George Fairfull-Smith, which was published in Scottish Book Collector, in 1999.