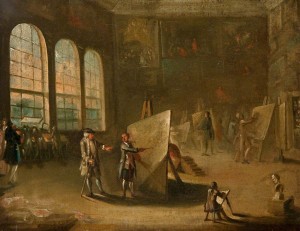 David Allan, The Interior of the Foulis Academy of Fine Arts, c. 1761.

In October 1753, The Glasgow Courant carried an advertisement for the opening, on the 3rd of December, of ‘A School for the Art of Designing’ … ‘within the College of Glasgow, with the Approbation and Protection of the University.’

The pioneering Academy, which predated the foundation of the Royal Academy in London by fifteen years, was supported by three of the city’s wealthiest businessmen, and the University which provided accommodation at its High Street location. 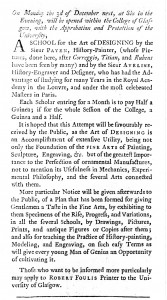 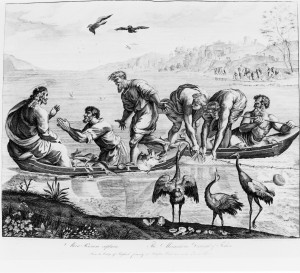 For further information, see: George Fairfull-Smith, The Foulis Press and the Foulis Academy: Glasgow’s Eighteenth-Century School of Art and Design, 2001. 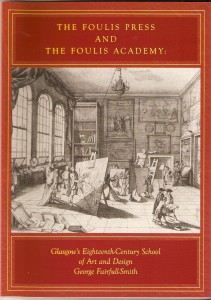