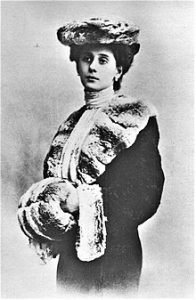 Photograph of Anna Pavlova, dating from around 1905.

Advertisements in Glasgow’s newspapers, such as one on page eight of The Glasgow Herald, 8th of November 1911, informed readers that Anna Pavlova, “THE DANCING REVELATION OF THE AGE”, would be at the King’s Theatre, on Bath Street, for six nights and two matinees, from Monday the 20th of November.

She was coming “Direct from her triumphs at the Imperial Opera House, St Petersburg, Royal Opera, Covent Garden, London, Palace Theatre, London.” Appearing with her were Mons. Novikoff, and members of the Imperial Russian Ballet.