From Garnethill to Blythswood Hill

Originally initiated and produced for Glasgow’s Doors Open Days’ Festival, this walk has been expanded to cover recent developments and changes to the area covered in the walk.

This walk commences at Hill Street, Garnethill, and ends at the top of St. Vincent Street, at its junction with Douglas Street. It looks at the exteriors of buildings which were the homes of some of Glasgow’s most important artists and art collectors, and the sites of exhibition and art galleries, including the famous McLellan Galleries, on Sauchiehall Street, and the location of Archibald McLellan’s house.

Garnethill  grew as a suburb of Glasgow, in the early 19th century, with villas constructed on the steep slopes and summits. Some of these have survived. The Glasgow Observatory, long since demolished, was located there. The district is said to have been named after one of its most famous residents, Thomas Garnett (1766-1802). who was Professor of Natural Philosophy at the city’s Anderson’s Institution, the precursor of the University of Strathclyde. 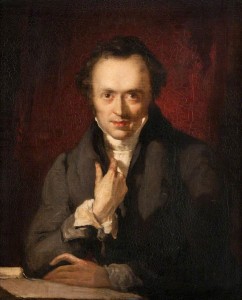 Walking towards Sauchiehall Street, we go down Street and in the side entrance of the CCA, where we can see the façade of one villa, which was incorporated in the Alexander ‘Greek’ Thomson Grecian Building of 1865.

On Sauchiehall Street, we pass the famous McLellan Galleries building, which housed Glasgow’s School of Art and Design, and the Glasgow School of Art was known. We then pass the site of Glasgow’s purpose-built temporary exhibition galleries, which were constructed in the late 19th century, and subsequently incorporated into one of the city’s major department stores, Pettigrew and Stephens.

Turning on to Bath Street, andHope Street, we pass the famous Lion Chambers, and then West Regent Street 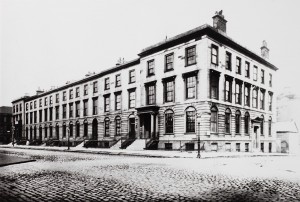 View of north side of Blythswood Square.

This walk will be available from April 2020.